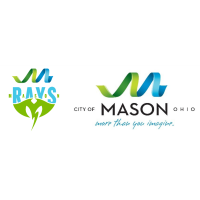 
Watch five City of Mason Manta Rays athletes as they compete June 13 – 20 during Wave II of the U.S. Olympic Swim Trials in Omaha, Nebraska for their chance to represent Team USA at the 2021 Olympic Games in Tokyo, Japan beginning Friday, July 23 – Sunday, August 8, 2021. Only .01% of USA Swimmers make the Olympic Trial time standards in order to have the opportunity to compete for a spot on the USA Olympic Swim Team.

USA Swimming split the 2021 Olympic Trials meet into two separate waves in order to limit athlete numbers and promote health and safety during the coronavirus pandemic. Under the new Olympic Trials qualifying standards, some athletes competed in the Wave I meet that took place June 4 – 7, 2021. The top two athletes in each event at the Wave I meet earned an opportunity to compete with other athletes in a Wave II meet taking place from June 13 – 20 at which the USA Olympic team will be determined. Eight Mason Manta Rays represented the City of Mason at the Wave I meet and the City is proud to announce that Mason Manta Rays Carl Bloebaum advanced to the Wave II meet as a result of his performance last weekend at the Wave I competition.

The following swimmers met the tougher standards needed to bypass Wave I and compete directly in Wave II of the Olympic Trials:

In addition to the above swimmers, Mason Manta Rays athlete Chloe Hicks earned a spot to compete in Wave II, but at the time of this release has elected to retire and not compete in the Olympic Swimming Trials. Thank you, Chloe, for being a part of the Mason Manta Rays team of swimmers.

Mason Manta Rays Carson Foster is ranked #2 in the Country and #3 in the World and is being closely watched as likely to earn a spot on the 2021 Olympic Team.

The City of Mason wishes good luck to the Mason Manta Rays competing at Wave II of the US Olympic Swim Trials. Best of Luck on your road to the Olympics.